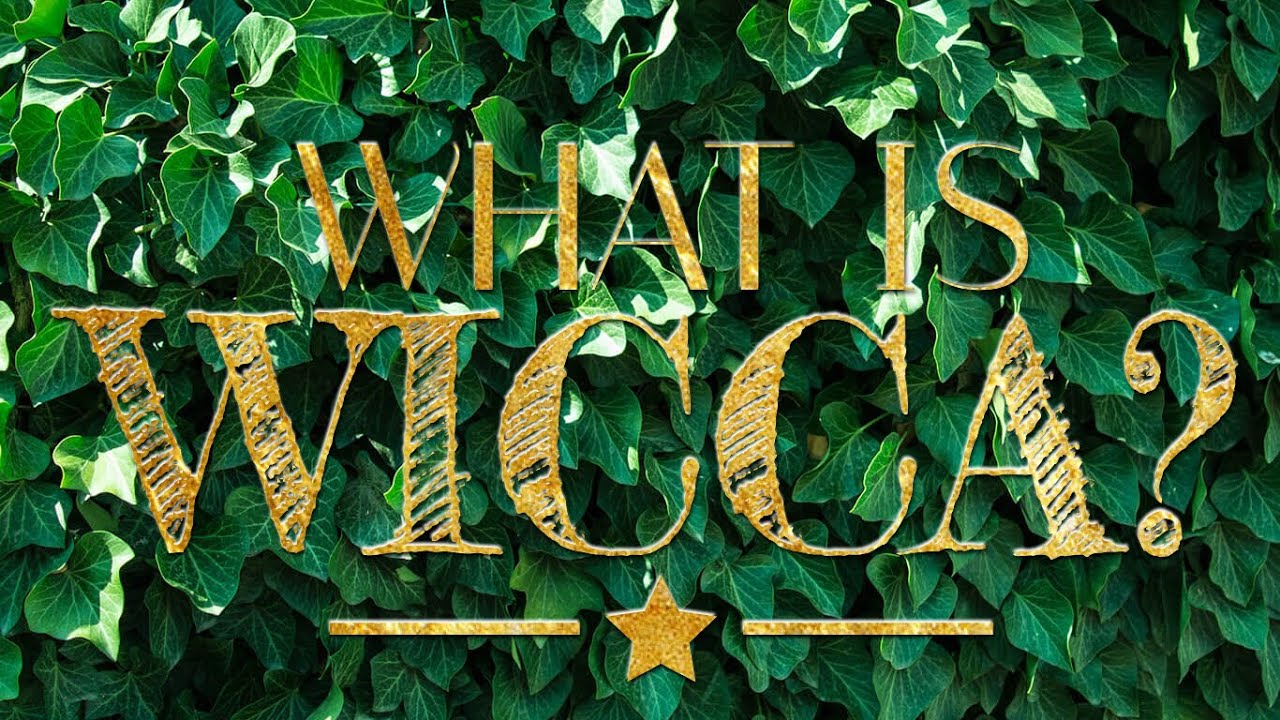 A primer for answering questions from members of other religions;

The target audience for the entire article was Conservative Evangelical Christians and I was asked to take an oppositional view. Therefore you will find references to Christianity that may not fit your particular beliefs or properly represent all Christians. If I offend anyone, please accept my apologies in advance.

Wicca is a group of religions based on the re-creation, more or less, of the religions and practices of North and Western European pre-Christian civilizations. In reality Wicca is very diverse, possibly more so even than Christianity. One of the differences between Christians and Wiccans is that we don’t spend a lot of time arguing over which Wiccan beliefs are right and which are wrong. Wiccans will often refer to themselves as “Witches”.

Most Wiccans believe that the Divine is present in an all-encompassing form which manifests itself in the male God and Female Goddess archetypes. This is very similar to the Three-in-One concept of Christianity but from a different origin. Many Wiccans believe in the further manifestation of the Archetypes into what may be called the “named” Gods. These are the various Pantheons of the ancients such as the Celtic, Norse, Saxon, Roman, Greek, etc Gods and Goddesses.

Most Wiccan beliefs correspond to what is termed the “Three Pillars of Paganism” which is the connection between all the Pagan and Neo-Pagan faiths. The word Pagan derives from the Latin word paganus which means literally, country dweller. In the early history of the Christian Church during the time of Constantine, the legislated conversion of people to the new religion took place first in the cities where it was easier to enforce. The country folk retained their chosen faith much longer, thus the word for country folk became synonymous with non-Christian. Today’s Pagan religions encompass a wide variety of religions generally regarded as earth based (more on that later). Some of these religions have unbroken traditions (Hindu, North American Aboriginal, Siberian Shamanism), some are recreations or reconstructions of religions that were stamped out by religious colonialism (Celtic, Asatru, Stregha).

The Three Pillars of Paganism are philosophies which tend to define Pagan religious thought. Most Pagan faiths contain some measure of these three ideas, although some may emphasize one over the others.

\Pan”the*ism\, n. [Pan- + theism.] The doctrine that the universe, taken or conceived of as a whole, is God; the doctrine that there is no God but the combined force and laws which are manifested in the existing universe; cosmotheism.

Pantheism is the idea that the Divine within all things, that each object, creature, and person together contains a portion of that which altogether makes up the divine. This is one of the factors which contributes to the idea of earth-based religions. Since the Divine is in every object and creature, since the Earth herself is divine, it behooves us to take special care of the Earth.

Animism is closely related to Pantheism. Animism teaches that each object, creature, and person is endowed with a living spirit. This combined with Pantheism results in a universe in which each object is both a part of the divine and an entity in its own right.

These three principles are commonly called the Three Pillars of Paganism. They are not universal but the vast majority of Pagan Religions contain all three to a greater or lesser degree.

Another very common principle is the idea that all paths lead to the Divine. This is not so much a nod to relativism as it is an acknowledgement that the nature of the Divine is not completely knowable by humans, that all religions are simply human interpretation of a concept to large for the human mind to grasp directly. Therefore no religion is the absolute truth, but rather each is a way of understanding the nature of the Divine in ways our minds can grasp. Since each religion is an interpretation, no one religion is the truth, nor is any religion false. This leads to a cooperative nature among some very radically different belief systems that would be impossible among the Abrahamic religions, even among the practically identical Christian sects. Modern Pagans of vastly different belief systems commonly gather to worship and fellowship, emphasizing their common principles rather than their differences.

Universal Duality is a concept common to almost every religious belief system. Duality is the idea that the universe is composed of two groups, either complementary or opposed. The Abrahamic religions, for example, adhere to a duality of opposition. For them the Universe is composed entirely of that which is Good (i.e. belonging to their God or their belief system) or that which is Evil (i.e. belonging to Satan or any other belief system). This yields a Universe that is drawn up into two armed camps with constant warfare (spiritual or physical) between them. Anything that is not of your particular faith (even if it is only marginally different) is evil and must be conquered. A good example of this is the amount of marshal language inherent in Abrahamic religious writings (armor of God, soldier of the cross, Armageddon, etc.).

Pagan Dualities, on the other hand, usually consist of complementary pairs. Male and Female is a good example. In most Western Pagan belief systems there is generally a God and a Goddess. Nature is divided into male and female aspects as are all aspects of human or Divine thought. This yields a Universe where opposites are complementary rather than opposed. Cooperation of Male and Female in the act of Love creates new Life and thus the continuation of the Universe. Because our duality is not based on a concept of Good and Evil we tend to view all things and all actions individually. Just as Nature knows no Good or Evil, humans are not Good or Evil. An Individual Human may heal or harm in any given situation. Those who heal more than harm are wiser and more mature souls. Those who harm more than heal are foolish and less mature souls. Because there is no Ultimate Evil, there is no original Sin, there is no need for salvation each soul is held accountable for deeds actually done, whether fair or foul, and lessons learned. The result of that accountability varies among different Pagan Faiths.

Wiccans generally hold to a concept known as “The Rede” which is often stated as “you may do as you will, so long as you bring harm to no one”. The Rede places great responsibility on the shoulders of a Wiccan as whether something is “lawful” or not is not sufficient to permit it to be done, it must also be weighed against its potential and possible consequences to oneself and others. The concept of consequences is described by the Three-fold-law (or sometimes the hundredfold law or sevenfold law depending on the trad). Most Wiccans view the threefold law as being akin to a law of the universe, as in the law of gravity, rather than a religious stricture. The basic concept is that whatever you send out comes back to you threefold. I.e. if you do harm then that harm will return to you threefold, if you heal then that healing will return to you threefold. This tends to reinforce the Rede and makes the concept of an Evil Witch rather unlikely. Witches also hold sacred the concept of free will. This means that Witches will not perform healing or pray for someone whom they know or suspect would be unwilling to receive it even if it were for their own good.

This ties in with the concept of Magick as well. Most Wiccans believe Magick is also a physical force, like electricity, that can be manipulated by those knowledgeable in it’s attributes. Magick has no morality attached to it so the concept of white or black magick is redundant. Just as electricity can be used to heal or harm so magick is employed as to the intent of the practitioner. The consequences of the threefold law and the sanctity of free will, prevents the use of magick for harmful purposes. Most Wiccans also believe that magick for healing is additive while magick for harm is subtractive. This means that a person who chooses to do harm will never advance in power and experience beyond the beginner level while the person who heals gains power and experience.